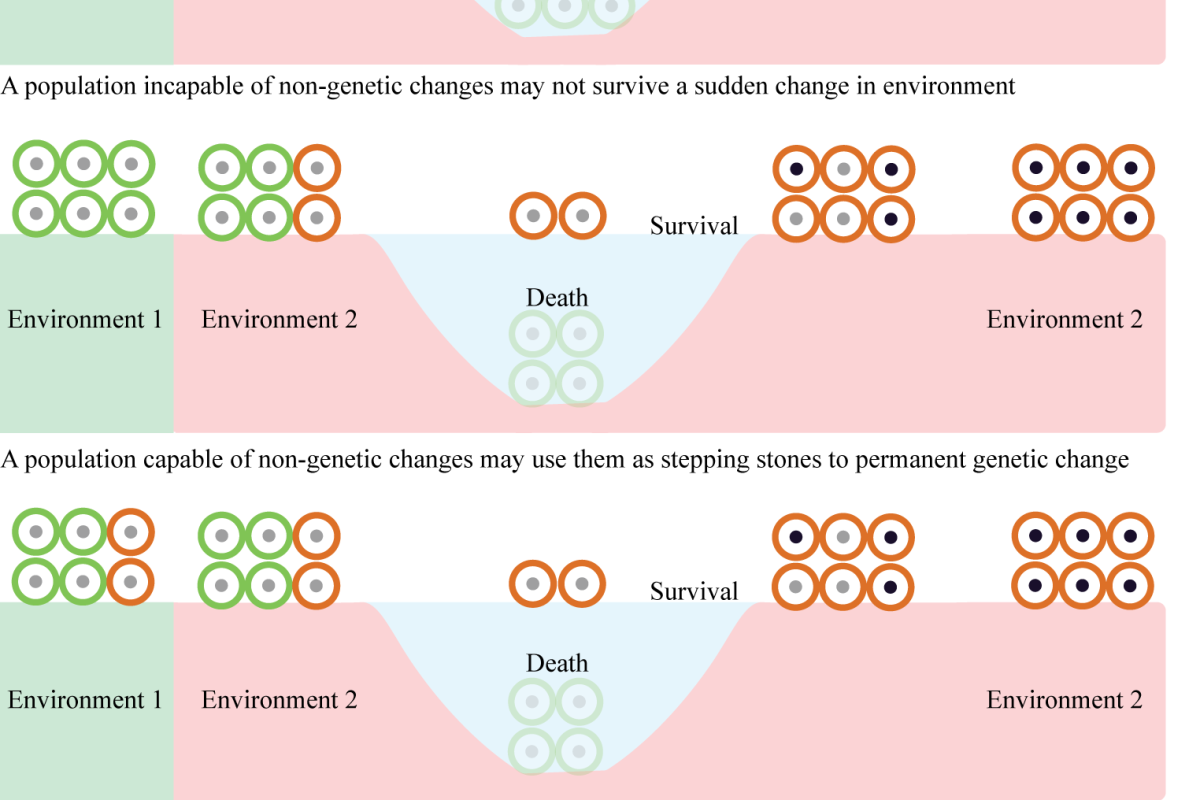 Laasya’s single-author review on how non-genetic changes can contribute to evolution is now out in Current Genetics! Transfer of information in biology usually occurs from nucleic acids to protein, but not vice-versa (The Central Dogma). Any molecular alteration that does not change the DNA sequence (genotype) is generally short lived, and is thought to have a limited influence on evolution. In her article review, Laasya classifies and discusses the growing body of evidence for how temporary changes in protein and RNA can indirectly alter the genotype, and therefore influence long term evolution. In particular, she reviews evidence for the very few instances where a temporary non-DNA based change buys time for a longer lasting genetic change to occur. Most of the evidence comes from experiments using microbial systems; in particular E. coli and S. cerevisiae. Overall, if such feedback (protein to DNA) turns out to be repeatable and can be predicted, it would fundamentally change our understanding of the flow of information in biological systems. How much of the genetic change that we measure today was preceded by non-genetic changes? Do cells employ errors in translation and transcription as strategies to generate variation? Have cells evolved to rely more on genetic change in some environments and more on non-genetic changes in others? These are some of the open and exciting questions that emerge from the work reviewed in the review.

Our work on ‘useful’ mistakes in bacteria (E. coli) is finally out! Laasya and Parth found that making rebel proteins not encoded by our DNA can be a good thing. In cells that frequently make mistakes, the accumulated ‘junk’ proteins end up triggering a high alert situation. This allows the cells to better deal with various external assaults (like increased temperature, damage to DNA and so on). When everything is normal this isn’t a big deal; in fact the junk makes cells mildly sick.  Under stress though, the high alert and error prone cells get the upper hand, leaving behind the more accurate (but less prepared) regular cells. For more: read the paper, and an NCBS news article. And, enjoy this summary cartoon from Pranjal Gupta that was featured on the journal cover!